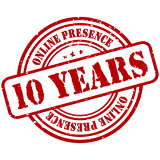 How far is Armação de Pera from Faro Airport?

The former fishing village of Armação de Pera is 51 km from the Faro airport. This village was occupied by fishermen for centuries because of the abundance of fish, mostly tuna and sardines. In the XVII century, a small fortress was built, sponsored by a successful fish trader and boat owner to protect the town from north African pirate attacks.

This fortress Fortaleza de Armação de Pera still stands and is worth a visit as it has a panoramic view of the beach and of the coast. The small Capela de Santo Antonio built in 1720 is found in the fortress. The eastern view still holds a dynamic fishing activity and is known as the Fisherman's beach.

Book now your transport and enjoy the comfort of your transfer from Faro Airport to Armação de Pêra.