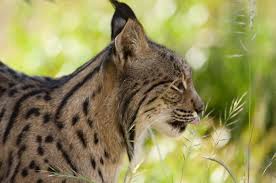 The Nature Protection League (LPN) has launched a €2.6 million project that seeks to preserve habitats and improve the survival and reproduction conditions for the Iberian lynx and the black vulture in the Southeast of Portugal. The LIFE+ Habitat Lynx Vulture project, launched in Moura, Beja, will carry on until 2013 in the ‘Rede Natura 2000’ areas, more specifically in Mourão, Moura, Barrancos, Vale do Guadiana and Serra do Caldeirão. It seeks to contribute towards the preservation and improvement of those areas, in order to create “a Mediterranean habitat with survival [refuge and feeding] and reproduction conditions for the Iberian lynx and the black vulture” said Filipa Loureiro, from LPN. The Iberian lynx, the most endangered feline species in the world, and the black vulture are two species in “critical danger” and are both targets of the same threats, such as losing their habitat and having scarce food resources.

In the first phase of the project, priority habitat areas will be identified to evaluate the quality of the existing ones, and then efforts will be made to preserve or improve these areas.

The objective is to find areas with a vast amount of vegetation adequate for refuge and reproduction, as well as possessing enough wildlife for their feeding, such as wild rabbits, both the species’ main prey. The project also foresees measures to increase the population of wild rabbits. In the future, all of these measures will provide “conditions for the Iberian lynx and black vulture to exist and reproduce in the Southeast of Portugal, so sufficient populations can exist via reintroduction programs or by the natural recolonization of the species” said Filipa Loureiro.

According to the LPN, at this moment there are around 1,400 pairs of black vultures in Spain, the second largest population in the world, and the biggest in Europe. Unfortunately, these birds choose not to reproduce on Portuguese soil.

The LIFE+ Habitat Lynx Vulture, included in the Lynx Programme, which was launched in 2004 by the LPN and Fauna and Flora International to preserve the feline and its habitat, will also carry out awareness campaigns to broaden local communities’ knowledge of both the species.